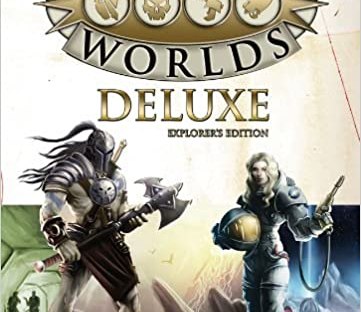 One of my low key favorite systems is the incredible Savage Worlds. It’s consistently my go to when I’m looking to be inspired and to shake up my every day perception of how gaming should be done. Among the many great ideas from this system is the “Bennie.” Savage Worlds explains the rule as follows:

Every now and then, dice rolls may not work in your favor. That’s why Savage Worlds gives players a little control over their hero’s fate . . . Players start each game session with three “Bennies” (American slang for “benefits”), represented by poker chips, gaming stones, the official Bennies we make for all our games, or other tokens that signify a little bit of good luck or fate . . .”

That “good luck” within the Savage Worlds system is an opportunity to spend the Bennie to re-attempt some task your character has attempted. And that’s not all. The Bennie isn’t limited to three per session. As the GM you’re well within your rights to award them when someone makes the table laugh; when someone has a great idea; when someone does something epic; and when the game is really singing because everyone is role-playing well.

Bennies are supposed to be a fun way to help energize the table and to make the game more fun. What’s more, they work well, as they keep one bad die roll from being the end of everything. It makes things more exciting in a similar way to how the Advantage and Disadvantage rules works in Dungeons & Dragons Fifth Edition (D&D 5e) [1].

Now I tend to play D&D 3.5 and have found the bennie to be a fun addition to the game. It allows those tense moments where a character’s life hangs on a thread to continue to exist; as does Advantage, but it has the bonus of being a fun way to encourage the sort of atmosphere at the table that I would like to foster. They’re frivolous tokens that players can use as they want and that they can gain as often as they like.

[1] It should be noted that D&D 5e has a similar rule to the Bennie with the “Inspiration” rule which allows the player to roll with Advantage on a check or to draw on a positive story point within the game. I tend to favor the Bennie over Inspiration in my usage as I find it more exhilarating to pull victory from the jaws of defeat than just to throw the odds in my favor.

2 thoughts on “Using Bennies in Dungeons and Dragons”

This site uses Akismet to reduce spam. Learn how your comment data is processed.

THE WORDS, THEY SPEAK

Find Things You Didn’t Know You Were Missing!